Move to the following signals:

Perform various strength and flexibility exercises between bouts of walk, trot, and sprint. Examples are:

Assure that students run under control (not as fast as they can) and in the same direction.

Encourage students to perform at a level they feel comfortable. Youngsters are genetically different and should not be expected to do the same amount of exercise repetitions.

Arm Strengthening
Use calm music.
2-mintues with song and 5 seconds of blank. When the music starts the students practice the exercise when it stops, they change stations.

Station 1: Hip Lift/ Shoulder Bride
Lie on back in neutral spine, with knees bent and feet on the floor. Arms are extended along sides.

Station 2: Hip Twist with Stretched Arms
Note: To really feel the intensity of this exercise, get a friend to hold the shoulders still. Do not move the shoulders while performing the circle.

Caution: If the student has long legs he may want to bend your knees to lower the intensity of this exercise. Longer legs are heavier, of course, and people with longer legs will find this movement more strenuous.


Station 3: Side Bend
Repeat raising and lowering hips and arm approximately 5 – 8 more times before rolling onto the other side and repeating the process.

Station 4: Jack Knife
Caution students with neck problems not to rise to the shoulders and to modify the movements.


Station 5: Swan, and Swan with Neck Roll
Swan
Begin on floor, face down, long body with both arms bent with elbows up and palms on floor under shoulder area.

Swan with Neck Roll
Starting position same as Swan.
The elbows are close to the body, head is in line with the spine, hips remain on mat.

Station 7: Wall Roll Down
Begin standing with both arms up toward the sky.
Curve Down


Walk out to Plank
Keep pelvis stable while walking arms forward on mat.

Lower Body Toward the Mat

Walk Hands Back towards Feet


Roll Up to Standing

TEACHING HINTS:
Stations as described below.
Use Whistle Mixer to create groups for each station.

Allow students to select starting station.
When the music stops, direct the students to rotate in a certain direction.

Inhale: Press down through the feet to lengthen the spine and press hips up. Come to a bridge position on shoulders with knees, hips and shoulders in one line. Abdominal and hamstring muscles will be engaged.

1. Sit with legs together straight and stretched straight in front of you. Contract the abdominal muscles and lift legs in the air, balancing back on both hands, which are placed to the side and slightly behind your body with your fingertips pointed forward. Lift head to the sky and stretch legs away from you.

2. Inhale and keep the body stationary. Make a circle with legs circling in one direction as you exhale. Keep focusing on the abdominal muscles, allowing the core to control the circling movement.

3. When legs reach the top of the circle, reverse direction and repeat the same movement. To lower the intensity of this movement you can lift legs higher and bend knees, or you could go back on both elbows.


1. Begin by lying down on the ground in a fetal position on one side. Legs should be tucked in toward the chest. Extend legs slightly, half-turning onto the stomach. Put one knee under the body and rise up on it off the ground. Support the upper body’s weight with one hand flat against the ground. The body should still be sidelong to the ground.

2. Push both legs out to full extension. Cross the bottom leg under and behind the leg closer to the ceiling, as if relaxing against a wall. Student should be completely sidelong to the ground, with only feet and one hand touching the floor. The rest of your body should be propped up in the air.

4. Exhale completely while bringing free arm in a half circle. Raise it above the head and continue moving it past the head to point fingers toward the ground beyond the other hand. Use the muscles of the core to simultaneously raise hips high into the air.


1. Begin on back with legs extended straight out in front and arms resting at sides. Palms are flat on the ground.

2. Inhale deeply and as while exhaling, point toes and push down on palms to lift the legs straight off of the floor. Use a slow, controlled motion while lifting legs; use the strength of the arms while lifting the legs.

3. Keep the legs straight and lift them up to the ceiling and then overhead. While swinging the legs overhead, pick up the hips off of the floor until hips are stacked above shoulders. Engage the muscles of the back and abdomen, while holding torso steady. Lift legs again until toes are pointing towards the ceiling.

4. Hold the full jackknife for at least one full inhalation and exhalation and then slowly reverse the steps carefully returning to the initial resting position. Repeat 3 to 5 times.


1. Keep arms close to body with bent elbows, hands under shoulders. Shoulders should be away from the ears and not pulled up tensely.

2. The legs are usually together, but it is acceptable to have the legs shoulder-width apart.

3. Engage the abdominal muscles, lifting belly button up away from the mat. The abdominals remain lifted throughout the exercise.

4. Inhale: Lengthen the spine, sending energy through the top of the head while pressing forearms and hands into the mat to support a long upward arc the upper body.
The elbows are close to the body, the head stays in line with the spine, and the hips stay on the mat.
Protect the lower back by sending the tail bone down toward the mat.

5. Exhale: Keep abdominals lifted while releasing the arc, lengthening spine as the torso returns to the mat in a sequential way: low-belly, mid-belly, low-ribs, etc.

6. Repeat Swan 3 to 5 times using an even, flowing breath to support the movement.


Follow steps 1 – 3 in Swan.
4. Inhale: Lengthen spine, sending energy through the top of the head while pressing forearms and hands into the mat to support a long upward arc the upper body.

5. Protect lower back by sending tail bone down toward the mat.

6. Head Roll: With a very long neck, allow the head to drop to the left side, ear to shoulder.
Slowly bring chin toward chest with the head centered.
Continue the roll, bringing the right ear toward right shoulder.

7. Repeat the rolling motion slowly and smoothly, ending with the left ear near the left shoulder.

8. Drop chin toward center of the chest and lengthen the neck, bringing the head up as an extension of the spine.

Inhale: Keep your shoulders down as your bring your arms straight up over your head.

Exhale: Arms follow your ears as head nods down and forward spine roll toward the mat begins. As the roll down begins, pull in the abdominal muscles and curve the spine until hands reach the mat. The knees may be bent near the end of the motion to get the hands to the mat.

Inhale: Walk hands out on the mat in three big steps until posed in front support/plank. Keep shoulders down.
End in plank position with hands directly under shoulders, legs straight, and body in a straight line from head to toes.

Exhale while holding plank position. Legs and arms kept straight. Straight line from heels, through hips, to shoulders, and ears.
Rotate arms are so the inside of the elbow faces forward. This helps stabilize the shoulder girdle and puts elbows in position for next upward movement.

Slowly lower body toward mat, keeping shoulder blades aligned in the back; they should not pop up or move together. This is an essential part of the exercise as it teaches stabilization of the shoulders and torso.

Exhale: Keep abdominal muscles lifted and extend elbows so that the body rises, in one line, up away from the mat.
Keep inner thighs together.
Inhale: Walk your hands back to your deep curve position. Keep the pelvis lifted and firmly in place.
This looks like downward dog in Yoga, but in Pilates, the abdominals are engaged and deeply pull in and up while rolling up the body.

Exhale: Use the abdominal muscles to slowly return the pelvis to the upright position and allow the rest of the spine to roll up one vertebra at a time with the head being the last to lift.
End in a standing position.
Inhale to lift your arms and repeat this exercise three to five times.

Select 2-3 players to be Its. Only the person at the end of the line tags. Everyone else avoids being tag. Once tagged the students link arms.

Change Its several times during the Game activity. 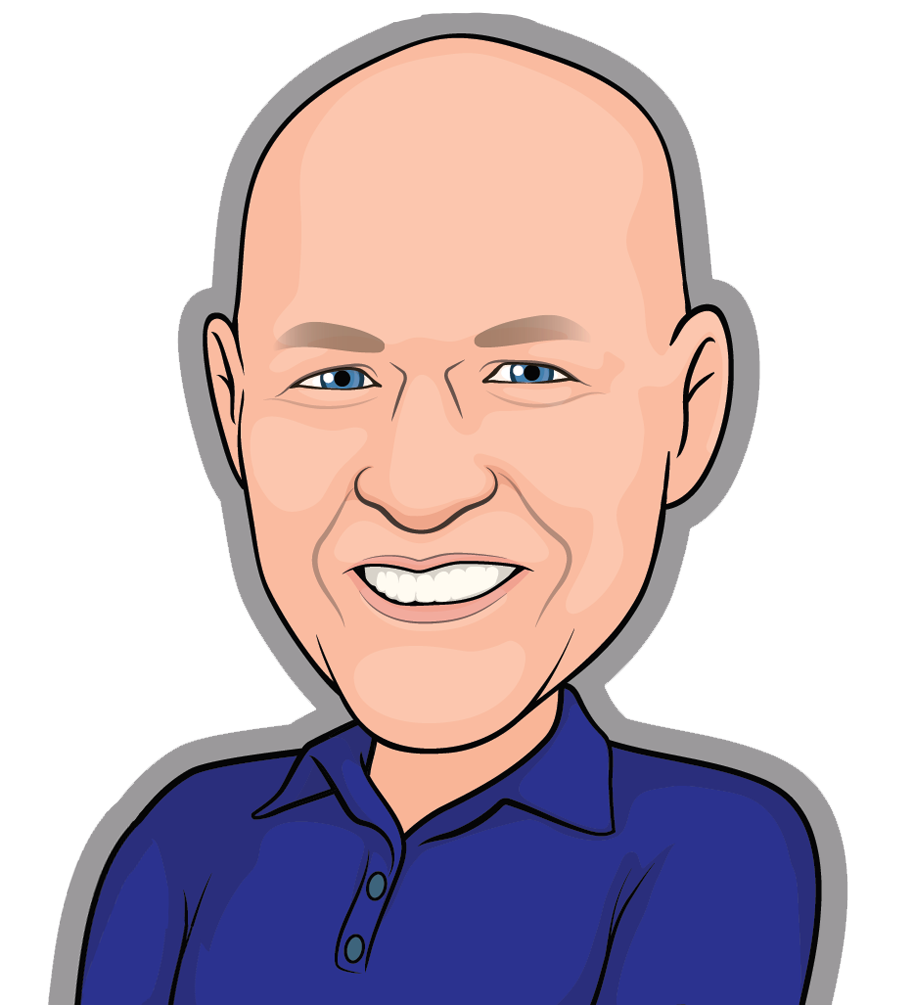 Sign up to receive our weekly lesson plans, inspirational messages from Dr. Robert Pangrazi, webinar information, and more sent directly to your inbox!